The next step in my We the Students essay contest assignment was to increase my students’ awareness of contemporary problems in the US and their links to the ideals in the Declaration of Independence. I divided the students into groups and gave each group a short article or reading about an issue. They had a day with laptops to research topics on their own, but there were many technical problems and that time was not used wisely.  Groups found short articles on:  (1) Ferguson or other militarized police actions; (2) Marriage equality; (3) Marijuana legalization/decriminalization; (4) Edward Snowden and government surveillance of electronics; (5) Immigration laws; (6) Death penalty; (7) Restrictions on voter IDs; and (8) Obamacare requirements that everyone purchase health insurance. 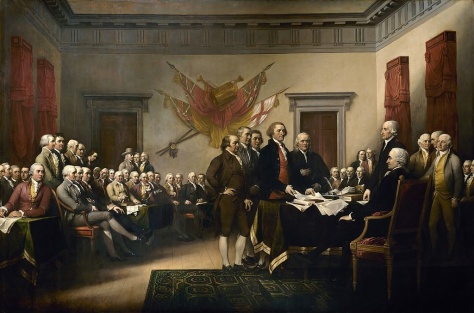 After that, we had class discussions where students argued whether current government actions were in or out of line with the ideals of the Declaration of Independence. A chart was put up on Google Drive, so that students could do more research at home. The purpose of the chart was to help students connect the issue back to the exact wording in the Declaration. After each issue was summarized, students asked a few questions. Extensive modeling was done in showing how issues were tied back to the Declaration.

Students created a T-chart depicting which ideals we were moving closer to and which we were moving further from. Students struggled with this higher level thinking activity. They were required to take notes on each topic, so they all had multiple issues that could be related back to ideals of Declaration. 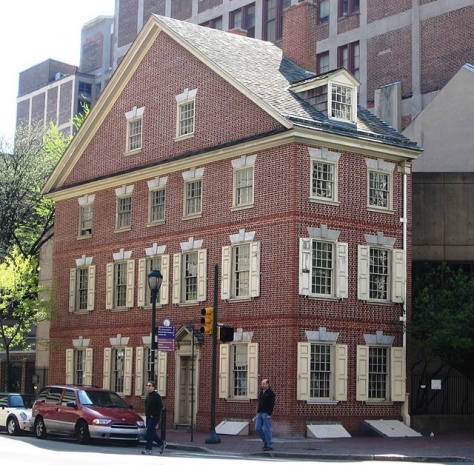 Next, they had a day to research events that had happened in the US during their lifetime. I was surprised how many students selected events were totally irrelevant and did not happen in the US. I don’t think these students are used to a teacher who reads things and they probably think that as long as they write something down, they will get credit. Boy, are they in the wrong class! I asked them to collect 7-10 events from their life time and relate them to the ideals/grievances. Then they had to pick 3-5 events and explain whether they suggested we were moving toward, or away from the Declaration.

Lastly, students took a political typology quiz to determine where their views on social issues put them on the political spectrum. After finishing these prewriting activities, the students were ready to attack the prompt and write a draft as an in-class timed essay. When I charted all of the first drafts, we would move on to a peer review activity and then the revision process.  More on the results soon.